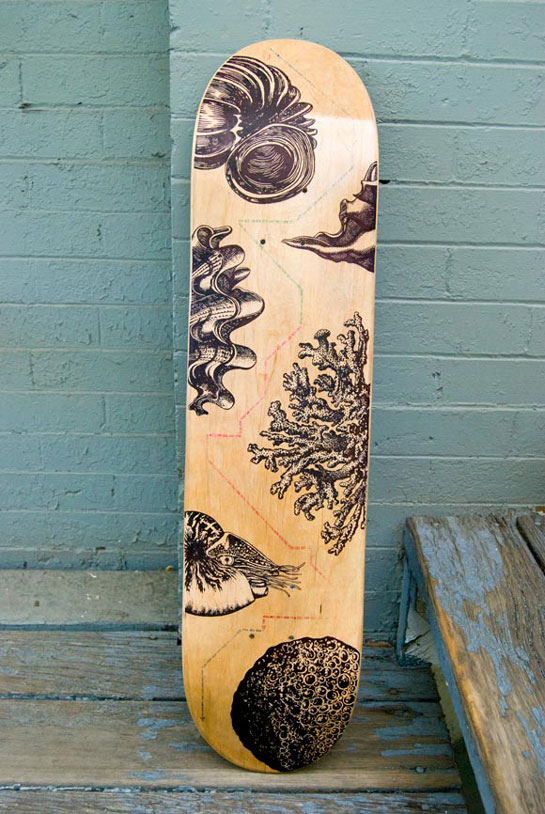 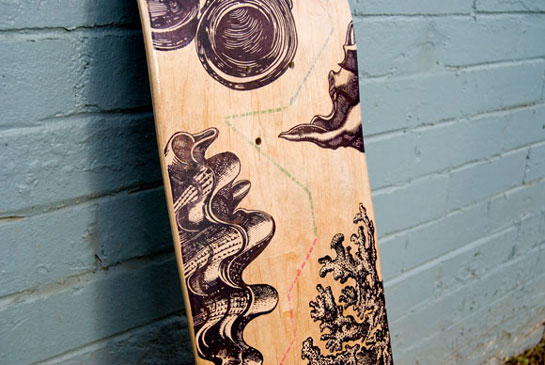 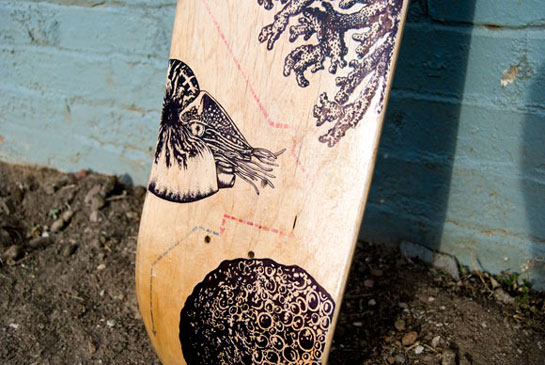 Above is my skateboard design from the 2012 Bordo Bello Fundraiser hosted by AIGA Colorado chapter. The inspiration for this design comes from the facts described below.

One of the world’s most colourful, vivid and productive ecosystems–the Caribbean coral reefs–are on the verge of collapse, with a meager 8% of the reef area showing live coral cover. Conservationists say the drastic loss is the result of over-exploitation, pollution from agricultural run-off, and ocean acidification caused by CO2 emissions. The decline has been rapid: in the 1970s, more than 50% showed live coral cover, a difference of almost 10% per decade, with no sign of coral death slowing.

Coral reefs are a particularly valuable part of the marine ecosystem because they act as nurseries for younger fish, providing food sources and protection from predators until the fish have grown large enough to fend better for themselves. They are also a source of revenue from tourism and leisure.

Adapted from a report by the The Guardian